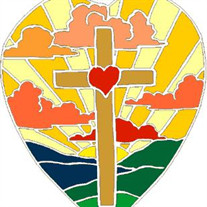 CHAPIN—Carrie Mae Shealy Bickley, 86, was welcomed into the kingdom of Heaven on October 1, 2019. She was born in Columbia, SC on May 26, 1933, and is the daughter of the late Ernest C. Shealy and Alma Haltiwanger Shealy. Her family moved from Charleston, SC to Chapin where she attended school. On July 11, 1953, at the ripe old age of 20, she married her high school sweetheart and the man of her dreams, Harold Brooks Bickley (on his 18th birthday.) Until his passing in 2017, she had spent over 64 years of her life by his side devoted to him and to their marriage. Hardly a day went by that she didn’t tell you just how much she loved the man (even if she was often prone to be aggravated by his frequent fishing or hunting trips.) A graduate of Chapin High School, Carrie was, first and foremost, a mother and an avid homemaker. Over her lifetime, however, she pursued many interesting careers. At a young age she worked as a jeweler, then as a Production Supervisor for General Electric, played the organ and piano for St. Thomas Lutheran Church, and before retiring, was a costume specialist for Scollon Mascots and Costume Characters in White Rock, SC. Her hobbies were many and included cooking, baking, sewing, crocheting, knitting, flower gardening, ceramics, Gamecock sports, and Jimmy Buffet concerts (yes, she and Harold were Parrot Heads). Her absolute favorite pastime was traveling with Harold and their grandchildren. After numerous short term stays at the Heritage at Lowman, Carrie became a full-time resident there in July of 2011. The family would like to thank the nurses, doctors, administration, and staff of the Heritage at Lowman and Lutheran Hospice for the outstanding care and compassion they’ve given to Carrie and her family over the past 11 years. A special heartfelt thanks go to the many “angels” of the Bethany and Bethel Units and to all of the hospice nurses. God is holding a special place in heaven for you all. Surviving are her daughter Karen S. Bickley (Jay Otterbacher) of Blythewood, SC; son, Harold B. Bickley, Jr. (Kay) of Chapin, SC; grandchildren, Kelli Dowling (Eddie), Cliff Bickley (Brittany), Andrea Snelgrove (Mitchell); and her beloved great-grandchildren, Abby and Emma Dowling. She was preceded in death by her husband, Harold, her favorite dog, Bingo the Jack Russell Terrier, and her sister, Sandra Jane Roberts. A private family burial service will be held at St. Thomas Lutheran Church, 215 St. Thomas Church Road, Chapin, SC 29036 where Carrie will be laid to rest next to her beloved husband. Temples Halloran Funeral Home is caring for the Bickley family. Memorials to The Heritage at Lowman, P.O. Box 444, White Rock, SC 29177 or to Lutheran Hospice, 102 Fortress Drive, Chapin, SC 29036 would be greatly appreciated in lieu of flowers.

CHAPIN&#8212;Carrie Mae Shealy Bickley, 86, was welcomed into the kingdom of Heaven on October 1, 2019. She was born in Columbia, SC on May 26, 1933, and is the daughter of the late Ernest C. Shealy and Alma Haltiwanger Shealy. Her family... View Obituary & Service Information

The family of Carrie Mae Bickley created this Life Tributes page to make it easy to share your memories.

CHAPIN—Carrie Mae Shealy Bickley, 86, was welcomed into the kingdom...