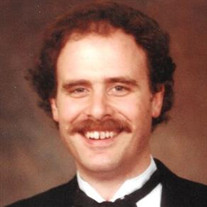 Columbia--Funeral services for Douglas Kosta Kotti, 62, will be held at Trinity Episcopal Cathedral in Columbia, SC at 11:00 am on Thursday, December 20, 2018, with interment at Bush River Memorial Gardens. The family will receive guests for visitation on Wednesday, December 19, from 6:30 to 8:30 pm at Temples-Halloran Funeral Home, 5400 Bush River Road, Columbia, SC 29212. Douglas Kosta Kotti was born in Augusta, Georgia, on December 25, 1955, and passed away on Friday, December 14, 2018, after a long and courageous battle with cancer. He was the son of Kosta Spiro “Gus” Kotti and Patricia Kneale Kotti. A Christmas baby, Doug loved that everyone was always happy on his birthday. He grew up in North Augusta, SC, the oldest of five children. A loving brother and son, he spent his childhood exploring the natural beauty of the Savannah River and treasured doting on his four siblings. After graduating from North Augusta High School in 1974, Doug earned a Bachelor’s degree in political science at the University of South Carolina, graduating Phi Beta Kappa. He graduated from the USC School of Law in 1981 where he served as President of the Student Bar Association. A passionate advocate for education throughout his life, Doug valued learning and intellectual curiosity. He loved every library he ever visited, and he passed that love on to his children and grandchildren. Doug was an accomplished domestic relations attorney and a passionate advocate for children. Over his thirty-five years of practice, Doug brought justice to countless families in South Carolina. He worked tirelessly for what was right and good, and he earned the respect of his peers. In 2017, his law school classmates created the Doug Kotti Scholarship at their alma mater in his honor, and in 2018 he was awarded the Dean’s Award for Distinguished Service to the University of South Carolina School of Law. In the spring of 1983, Doug met the love of his life, his beloved wife of 35 years, Gayle Pooser Kotti. They were married in 1984, and became the parents of three children. Doug was a faithful and loving husband all the years of their marriage. When he became a father, Doug’s innate kindness and abundant love grew spectacularly. When his son decided to play hockey, Doug joined him by becoming a successful coach despite having no knowledge of the sport. This choice was the beginning of a lifelong commitment to youth athletics for all three of his children. Doug’s coaching credits included hockey, tennis, girls’ softball, and track. He transformed the Storm Track Club into one of the most prominent teams in the Southeast, taking runners as far as the Junior Olympics. In 2012, Doug received the Community Star Service Award from the Irmo-Chapin Recreation Commission for his dedication to youth sports. Doug will be remembered for his devotion to his family and friends; his unimpeachable intellect and sharp mind; his commitment to Christianity and his church community; and his sheer love of life. Most of all, Doug will be remembered as the kindest father, husband, son, uncle, and grandfather anyone could imagine. He was the most loyal of friends and the gentlest of men. Doug’s love was transformative, and he will be missed. Doug is survived by his wife, Gayle Pooser Kotti; his three children Laura Kotti, Rachel Kotti Meeusen (Andy), and Burt Kotti; his grandchildren Brody Meeusen, Jase Meeusen, and Piper Meeusen; his mother, Patricia Kotti; his siblings, Tom Kotti (Nancy), Bill Kotti (Michelle), Carol Kotti Arrington (Paul), and his sister-in-law, Michelle Diaz Kotti; his nieces and nephews Evan, Ryan, Will, Mackenzie, Blake, Meredith, William, Reese, Lauren, Robbie, and Elizabeth. Doug was predeceased by his father, Gus Kotti, and his brother, Jim Kotti, whom he loved dearly. For the funeral, the family asks that everyone in attendance wear the Storm Track Club color of royal blue. The family wishes to thank the healthcare teams at Emory University Healthcare and Palmetto Health Baptist Parkridge hospitals for their care and compassion throughout Doug’s cancer fight. The family would also like to thank Kathy Lu and the entire Pathway Home Health team for their heartfelt care. In lieu of flowers, Doug’s family asks that memorials and donations be made to the Palmetto Health Foundation.

Columbia--Funeral services for Douglas Kosta Kotti, 62, will be held at Trinity Episcopal Cathedral in Columbia, SC at 11:00 am on Thursday, December 20, 2018, with interment at Bush River Memorial Gardens. The family will receive guests for... View Obituary & Service Information

The family of Douglas Kosta Kotti created this Life Tributes page to make it easy to share your memories.