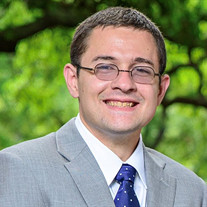 WEST COLUMBIA— A life ended too short, Eric Kendall McKee, 27, passed away on Friday, May 11th. Eric was born in Lexington, South Carolina on April 8, 1991 to Clark Roger McKee, Jr. and Shelly Abbott Hoffmeyer and big brother Matthew McKee Sherwin. He graduated from Spring Valley High School and attended Midlands Technical College. While at Spring Valley, he lettered in wrestling and was an active Boy Scout in Troop 202. Eric received The Order of the Arrow in 2006 and earned his Eagle Scout status in 2009 with the completion of his project at Camp Discovery in Blythewood. He and his fellow Scouts survived an 11-day camping trip at Philmont Scout Ranch and sailed the Keys from Sea Base in Florida with his step-father, Gus Hoffmeyer. After having attended Camp Barstow for several summers, he became a lead counselor. He was loved by his brothers in scouting and enjoyed helping the new scouts on camping trips. Eric had a passion for online gaming, sailing with his grandfather on Lake Murray, camping with Gus, hunting with his dad and spending time with family. Eric had a heart bigger than anyone and always put others before himself. He never missed an opportunity to help someone in need, whether it was a friend across the country or a neighbor across the street. Eric is survived by his father and mother; stepfather Gus; brother, Matt and brother-in-law, Marc Sherwin; brother, Chase McKee; maternal grandparents, John and Mary Abbott; step-grandmother, Joan Hoffmeyer. He leaves behind aunts, uncles and cousins who will miss him dearly. He was predeceased by his beloved Club Kitty. A Memorial Service for Eric will be held at 3:00 p.m., Tuesday, May 15, 2018, at Temples Halloran Funeral Home Chapel with Reverend Tim Shull, officiating. The family will greet friends following the service at the funeral home.

The family of Eric Kendall McKee created this Life Tributes page to make it easy to share your memories.