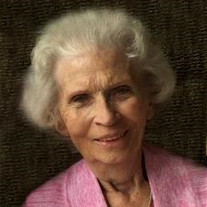 COLUMBIA—Fredna Wheeler Bartles, 87, of Columbia passed away on November 11, 2017, at Carolina Gardens at Harbison, Irmo, SC. Born in Joanna, SC (formally Goldville, SC) on May 6, 1930, she was the daughter of the late Fred B. Wheeler and Azile Hair Wheeler. Fredna spent her early life in a place near and dear to her heart, Statesville, NC. After her divorce from Jay Little, in 1961 Fredna and her two sons, Tommy and Scott Little, moved to Columbia, SC, to be closer to her mother, and her sister and brother-in-law, Barbara and Clauda Galarneau. Upon their relocation to Columbia, Fredna joined the newly opened Allied Chemical as a Lab Technician. It was there that Fredna met David Bartles who she married in 1966. After retiring from Allied Chemical, Fredna held several part time positions to be around and enjoy people: Jim Ken Nursery, South Carolina Tax Commission, and the USC ticket office as one of the “Ticket Ladies”. Fredna loved people and she never met a stranger. Fredna loved her family and she always put the needs of the family before her own. Survivors include sons Thomas J. Little Jr. (Lucy) of Columbia, SC and Scott W. Little (Diane) of Fort Mill, SC; grandchildren, Jennifer Helmly (Michael) of Columbia, SC, Lauren Powers (Jay) of Columbia, SC, Tyler Little (Ashley) of Trussville, AL and Brent W. Little (Kelsey) of Fredericksburg, VA; great-grandchildren, Hunter and Lucy Gray Helmly, Jamison and Caroline Powers, and Grayson, Connor and Caroline Little; her loving sister, Barbara Galarneau (Claude) of Columbia, SC; nieces, Suzanne G. Young of Chapin, SC and Michelle Galarneau of West Columbia, SC. The family would like to recognize the staff at Carolina Gardens at Harbison, Senior Matters Extended Services, LLC, All Seasons Hospice and Dr. Stan McCloy for their support and care. Special gratitude is extended to Gale Bostick, Case Manager of Senior Matters, for her unconditional attention, care and devotion to our beloved mother. Mrs. Bartles was preceded in death by her husband David L. Bartles, who passed away September 1, 2017. Pursuant to Mrs. Bartles written request, a private family graveside service will be held on November 19, 2017 in Prosperity, S.C. Her grandson, Chaplain Captain Brent W. Little, USAF, will officiate the service. Mrs. Bartles will be inurned in the Wheeler family plot in the Prosperity Cemetery. Memorials may be made to the charity of choice. Temples Halloran Funeral Home, 5400 Bush River Road Columbia, S.C. 29212 is assisting the family.

COLUMBIA&#8212;Fredna Wheeler Bartles, 87, of Columbia passed away on November 11, 2017, at Carolina Gardens at Harbison, Irmo, SC. Born in Joanna, SC (formally Goldville, SC) on May 6, 1930, she was the daughter of the late Fred B. Wheeler... View Obituary & Service Information

The family of Fredna Wheeler Bartles created this Life Tributes page to make it easy to share your memories.