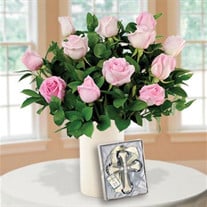 COLUMBIA—The funeral service for Gwendolyn Koennecke Dorroh Henson, 94, of Columbia will be held on Friday, January 17, 2020, at 11 a.m. at Fairlawn United Methodist Church, 9203 Wilson Blvd., Columbia SC 29203. The family will receive friends at 10 a.m. Interment will follow the service in the church cemetery. The Reverend John Williams III will officiate. Gwen was born November 16, 1925, in Columbia, SC, and passed away on January 9, 2020. She was the daughter of the late George Allen Koennecke and Florence Koennecke Denham. She was a graduate of the Old Columbia High School. Gwen was a member of Fairlawn UMC where she had served as Chairperson on the Council of Ministries as well as President of the U.M.W. Gwen also served as the Chairperson of the Parsonage Committee and used three years of profit from The Country Store in order to remodel the parsonage. One of her proudest accomplishments was The Country Store which she took great pride in and worked on crafts all year long to make it the success it was. Survivors include her daughter, Sandra Hennies Webb, and husband, Paul of Columbia; her four grandchildren, Travis Hennies, Danielle Hennies, Chris Reidenbach, and Suzanne Reidenbach Clamp, and their spouses; as well as five great grandchildren. Those who preceded her in death, besides her parents were her son, Danny Hennies; and her sister, Betty K. Eller.

The family of Gwen K. Henson created this Life Tributes page to make it easy to share your memories.