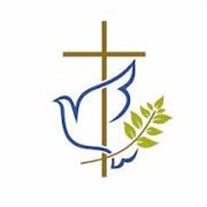 Jacqueline Auer Lucas, Columbia, South Carolina, died at age 86 on Tuesday, May 8, 2018. She died peacefully at home after a long battle with metastatic breast cancer. She was born in August 1931, in St. Louis, Missouri, to Rose and Reno Auer. She spent her childhood in St. Louis surrounded by her immediate and extended family including her sister, Joy Ann, her mother and father, grandparents, aunts, uncles, and cousins. She attended St. Catherine Laboure High School graduating in 1949. She graduated from Fontbonne College in 1953 with a Bachelor of Science degree in Education. She married George Elden Lucas on June 23, 1956, in Normandy, Missouri. She was employed as an Elementary School Teacher and continued a lifelong love of learning and education. Jacqueline and her beloved spouse George Elden initially resided in St. Louis, Missouri. They then lived in Toledo and Cleveland, Ohio. She moved their growing family to Columbia, South Carolina when her husband was stationed at Fort Jackson. They then moved back to St. Louis and finally returned to Columbia, South Carolina, which she considered her home. She enjoyed reading, collecting art-work and antiques. Her life was founded on her faith and family. She was a lifelong Catholic and while growing up was a member of St. Ann’s Parish in Normandy, Missouri. While in South Carolina she belonged to several Catholic Churches, the last 24 years at Our Lady of the Hills Catholic Church. Her life with her husband and family and the love and support she provided to her children and their families is her treasured legacy. Jacqueline was filled with energy and love of life. She appreciated all the beauty of this earth and enjoyed art and music. She loved people and was a compassionate friend to all her acquaintances. She is survived by her seven children; Regina Marie Lucas of Florida, Rebecca Lucas Clemenz (spouse, Layne) of South Carolina, Mary Kay Henzler (spouse, Mark) of Missouri, George Elden Lucas, Jr. (spouse Deborah) of Ohio, Gregory Thomas Lucas (spouse Mary) of Texas, Roger Alan Lucas of South Carolina, and Denise Margaret Lucas of South Carolina; grandchildren: Bobby Sturkie (spouse, Mandi) of South Carolina, Christopher Sturkie (spouse, Kristian) of Hawaii, Douglas Sturkie of Florida, Melanie Clemenz of Washington, Corey Clemenz of Tennessee, Mariah Clemenz of South Carolina, Luke Henzler of Missouri, Jacob Henzler of Missouri, George E. Lucas, III of Colorado, Bayleigh Lucas of Ohio, Madeline Lucas of Ohio, Michael Lucas of Florida, Emily Lucas of Florida, George Schlosser of North Carolina, and Connor Schlosser of North Carolina, Jocelyn Duncan of South Carolina; great grandchildren: Lucas Sturkie, Leila Sturkie, Bayleigh Sturkie, Akilah Sturkie. She is also survived by her only sibling, Joy Ann Venverloh (spouse, Donald) of Missouri. She was predeceased by her beloved spouse, George Elden Lucas, MD on December 23, 1990. A Mass of Christian burial will be celebrated in memory of Jacqueline will be held on Friday, June 8, 2018, at 10 a.m. at Our Lady of the Hills Catholic Church 120 Maydale Lane, Columbia, SC 29210, officiated by Reverend Peter E. Sousa, CSsR. Burial will follow at the Fort Jackson National Cemetery at 2 p.m. on Friday, June 8, 2018. Temples-Halloran Funeral Home is in charge of arrangements. Memorial donations may be sent in her name to Our Lady of the Hills Catholic Church, 120 Marydale Lane, Columbia, SC, 29210. Jacqueline cherished her family and had a lifelong devotion to the Holy Family and the Blessed Virgin Mary. She enjoyed gathering with her family at meals. Each meal was a celebration of life with her family, the beauty and bounty of our world “a colorful plate”, and her ongoing prayers for an everlasting life with our Lord. “May the souls of the faithful departed, though the mercy of God, rest in peace. May everything we do today be for the honor and glory of God. Lord bless the travelers and those with special needs. In the name of the Father, the Son, and the Holy Spirit. Amen”. Jacqueline and Elden’s marriage began with their wedding vows which were inscribed within their wedding bands: “United in Christ.” Her earthly journey now ended, they are forever “United in Christ.”

Jacqueline Auer Lucas, Columbia, South Carolina, died at age 86 on Tuesday, May 8, 2018. She died peacefully at home after a long battle with metastatic breast cancer. She was born in August 1931, in St. Louis, Missouri, to Rose and Reno Auer.... View Obituary & Service Information

The family of Jacqueline Auer Lucas created this Life Tributes page to make it easy to share your memories.