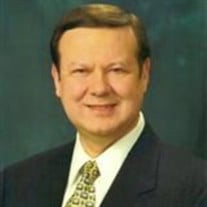 Graveside service for Joel Crawford Grice, 75, of Columbia, will be held on Thursday, September 2, 2021, at 3:00 p.m. in Mt. Pleasant Baptist Church Cemetery, 164 Mt. Pleasant Road, Ridge Spring, SC 29129. The family will greet friends from 10:00 a.m.- 12 noon, Thursday, September 2, 2021, at Temples Halloran Funeral Home, 5400 Bush River Road, Columbia, SC 29212. Joel was born in Columbia, SC on July 28, 1946, to the late Heyward Simkins Grice and Sadie Jordan Grice. He passed away on Saturday, August 28, 2021, at home surrounded by family. Joel was raised by Uncle Lionel “Crawford” Grice and Aunt Thelma J. Grice after his parents passed away in the mid-1950s, and attended Irmo schools until his graduation from Irmo High School as Class President and Salutatorian in 1964. He earned a Bachelor of Science in Biology and a Master of Arts in Teaching at the University of South Carolina. Joel was a member of the South Carolina Public Health Association, American Public Health Association, NEHA, and the University of South Carolina University Associates. Joel taught school at Mid Carolina and Spring Valley High Schools before moving to DHEC in 1975 where he worked until his retirement in 2007 as Bureau Director of Planning & Certificate of Need. Following his retirement from DHEC, Joel was Managing Partner at Grice & Whiteside, LLC. where he was a consultant for physicians and healthcare facilities, as well as an expert witness for law firms in Columbia. Surviving are his brother, Robert Heyward Grice, Fair Oaks, CA; nine nieces and nephews; a number of grand and great-grand nieces and nephews. Joel was preceded in death by his parents and a sister, Nancy G. Beaty. In lieu of flowers, memorials may be made to St. Jude Children’s Hospital, 501 St. Jude Place, Memphis, TN 38105.

The family of Joel Crawford Grice created this Life Tributes page to make it easy to share your memories.

Graveside service for Joel Crawford Grice, 75, of Columbia, will...