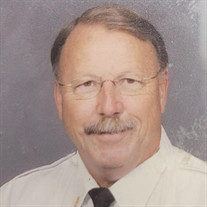 John "Johnny" W. Mitchell Jr. passed away peacefully at Columbia Community Hospice House in Columbia, SC, on Saturday, March 5, 2022. He was 76 years old and lived a full and vibrant life, characterized by three distinctive careers. Johnny was born on January 12, 1946, in Columbia, SC, to Bill & Kitty Mitchell. After spending the summer of 1963 fighting forest fires in California, Johnny returned to South Carolina and finished his senior year of high school at Camden Military Academy. Following a year at Wofford College and a two-year stint in the National Guard, he joined the family business at Mitchell Music Company in the St. Andrews area of Columbia. When John W. Mitchell Sr. "Bill" retired, Johnny took over as the company owner and spent the next 18 years in the piano business. Over this time, he served on the boards and as President of both the St. Andrews Chamber of Commerce and Sales & Marketing Executives, International. After selling Mitchell Music Company in 1985, John began a 6-year run as the Director of Development at Camden Military Academy. He followed that with a 14-year career in sales for the Cline Company out of Greenville, SC, and for various companies selling fire trucks. During this phase of his life, Johnny became involved again in fire-fighting, first as a volunteer in the Ballentine area of Columbia and later culminating in 14 years as either the Chief or Assistant Chief of the Hobbysville Department in Spartanburg County. Johnny's time at Hobbysville was highlighted by receiving both the Firefighter of the Year Award and the Top Gun Award. He also served as President of the Spartanburg County Fire Chiefs' Association and was selected to their Hall of Fame in 2014. He also spent time teaching at the South Carolina Fire Academy. Johnny Mitchell was predeceased by his wife, Candace Elizabeth, and his sister, Kathleen Wingert. Johnny is survived by his two sons, John W Mitchell III of Fort Mill, SC and Thomas Leland Mitchell of Irmo, SC; three grandchildren; Cooper, Riley, and Dakota; and his faithful Great Dane, Taz. The Funeral service for John W. Mitchell, Jr. will be held at 2 p.m. Friday, March 11, 2022, at Temples Halloran Funeral Home Chapel. The Reverend Sam Roper will officiate. The family will receive friends on Thursday, March 10, 2022, from 6:00 p.m. to 8:00 p.m. at the funeral home. In lieu of flowers, a memorial gift can be made in John Mitchell's name to either: Camden Military Academy 520 Hwy 1 Camden, SC OR The SC Firefighters' Foundation PO Box 211725 Columbia, SC 29210.

The family of John William Mitchell Jr. created this Life Tributes page to make it easy to share your memories.