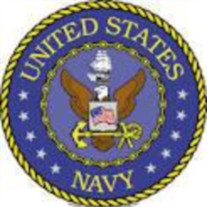 A Mass of Christian Burial for John James Ross, Jr., 76, of Columbia, will be held at 2:30 p.m. on Wednesday, February 16, 2022, at Our Lady of the Hills Catholic Church, 120 Marydale Lane, Columbia, SC 29210. The Rosary and visitation will be held at the church beginning at 1:30 p.m. prior to the service. Funeral honors will be conducted by the US Navy Honor Guard. John was born on July 26, 1945, in Toledo, Ohio, and departed this earthly life on February 8, 2022. He was the son of the late John J. Ross, Sr., and Anna Rossi Ross. Mr. Ross proudly served his country in the U.S. Navy during the Vietnam Era aboard the USS Lynde McCormick DDG-8. John was a longtime and active member of Our Lady of the Hills Catholic Church where he, along with his family, was part of the MIE Ministry. He was also an avid golfer and a long-time member of Rawls Creek Country Club. John was devoted to family and was always there for them. Survivors include his loving wife of 56 years, Patricia; daughters, Angela R. Braswell (Michael) and Nadine R. Robinson; sisters, Jeannette Pavuk (Lenny) and Cindy Perkins (Dean); grandchildren, Jacob Ross, Christian Braswell, Isabella Robinson, and Emma Robinson. Preceded in death, besides his late parents was one brother, Richard Ross. In lieu of flowers, the Ross Family encourages memorials to be made to Vietnam Veterans of America at www.vva.org.

The family of John J. Ross, Jr. created this Life Tributes page to make it easy to share your memories.