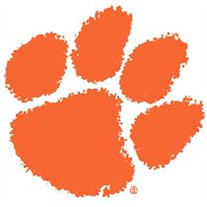 Irmo, SC – Jonnie Smith Gillian, of Irmo, SC, passed away on September 24, 2017 at Palmetto Health Baptist Hospital in Columbia, SC. She was 77 years old. Jonnie was born on June 12, 1940 in Columbia, SC to the late James Marion Smith and late Thelma Clements Smith. She had two brothers, the late Charles Perry Smith (wife, Margie) and Walter Kingsley Smith, and two surviving sisters, Marion Smith Hollis (husband Jack), and Miriam Smith Rideoutte (husband, Joe). She was married to the late Harold Lee Gillian for 30 years and is survived by her sons Jerry L. Gillian, Terry L. Gillian (wife, Adrienne), Brian K. Gillian (wife, Stephanie), and James Garrett Gillian. She has nine grandchildren and two great-grandchildren. She loved the Clemson Tigers and going to the games with Harold and her family. She provided care to her late mother, volunteered at her church, and retired from Irmo High School. She will be missed by her family and friends. On Friday, September 29, 2017, visitation will begin at 11:30 am followed by a service at 1:00 pm at Rehoboth United Methodist Church located at 6911 Two Notch Road, Columbia, SC. After the service, the burial will take place at Bush River Memorial Gardens at 5400 Bush River Road, Columbia, SC where she will be laid to rest next to Harold. In lieu of flowers, memorials can be made to the Rehoboth United Methodist Church Food Bank at 6911 Two Notch Road, Columbia, SC, 29223.

The family of Mrs. Jonnie S. Gillian created this Life Tributes page to make it easy to share your memories.