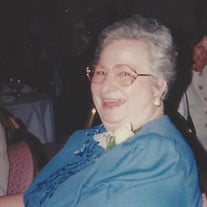 Columbia—Funeral services for Judy Craft Landrum, 84, of Columbia, will be held at 11:00 a.m., Monday, June 18, 2018, at Temples Halloran Funeral Home Chapel, 5400 Bush River Road, Columbia, SC 29212, Reverend Gary D. Phillips will officiate. Burial will follow in Bush River Memorial Gardens. The family will greet friends from 10:00-11:00 a.m. prior to the service at the funeral home. Judy beloved wife of Billie E. Landrum passed away on Wednesday, June 13, 2018. She was the daughter of the late John Franklin Craft and Garnet Bush Craft. She was a member of Salem United Methodist Church and of the Joy Circle Bible Group. Judy was also a member of the Eastern Star Chapter 59 of Columbia. Judy was a loving wife, mother, and grandmother, she will be dearly missed by all. Surviving in addition to her husband of 62 years, Billie Landrum; sons, Curtis Lynn Landrum, Tracy Stephen Landrum both of Columbia and Barry Wayne Landrum (Marcy) of Charlotte, NC; one granddaughter, Megan Landrum. She was preceded in death by her parents and a brother, Audell Craft and a sister, Mary Craft Myers. Memorials may be made to Salem United Methodist Church, 1321 Salem Church Road, Irmo, SC 29063

The family of Judy Craft Landrum created this Life Tributes page to make it easy to share your memories.