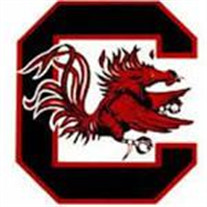 Irmo—The funeral service for Larry G. Jones, 72, of Irmo, will be held at 3:00 p.m. on Wednesday, March 6, 2019, at Gateway Baptist Church, 1651 Dutch Fork Road, Irmo, SC 29063 with the Reverend Ronald Flynn officiating. The family will receive friends from 2:00-2:50 p.m. in the church. The interment with US Air Force Honors will be held on Thursday, March 7, 2019, at 11:00 a.m. in the Sumter Cemetery, Sumter, SC. Larry was born December 24, 1946, in Sumter, SC to the late John R. Jones, Sr. and Vermell V. Newman Jones. He passed away on Saturday, March 2, 2019, surrounded by his loving family. He proudly served his country in the US Air Force, serving in Thailand during the Viet Nam war. He graduated from the University of South Carolina with a Bachelor of Science in Business Administration and later received additional education in the Safety Engineering field. Larry’s occupation sent him to such places as Cape Canaveral, Houston, and overseas in Bosnia, Kosovo, and Afghanistan. He served as Regional Safety Manager for Brown & Root Services Southern Balkan Project Team. During this time he oversaw the building of the new American Embassy in Kabul, Afghanistan. He considered this the highest achievement of his career. Larry could be described as big, bold, and full of fun and laughter. His passions were his family, golfing, and everything “Gamecock!” In particular, he enjoyed spending time with his grandkids and other family members whom he loved very much. He liked trivia and history, with a special interest in General Francis Marion (the Swamp Fox). Those who preceded him in death, besides his parents; sister, Shirley J. Henderson; brothers, John R. Jones, Jr. and Danny L. Jones. Surviving are his loving wife of 50 years, Shirley W. Jones; daughter, Amanda Kay Floyd (Andrew) of Sumter; 5 grandchildren, McKinzi, Pathan, Hunter, Drew, and Layla. He also leaves behind an aunt (Dorothy Newman), other family members and friends who played very important roles in his life. Memorials may be made to ALSAC/St. Jude Children’s Research Hospital, 501 St. Jude Place, Memphis, TN 38105.

The family of Larry G. Jones created this Life Tributes page to make it easy to share your memories.