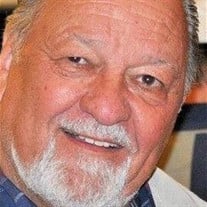 CHAPIN—A Mass of Christian Burial for Lorenz Bruno “Larry” Echerer, 77 of Chapin will be held at 3:00 p.m., Wednesday, August 22, 2018 at Our Lady of the Hills Catholic Church, 120 Marydale Lane, Columbia, SC 29210. Father Peter Sousa, S.Ss.R, Pastor will officiate. Interment will follow in Bush River Memorial Gardens Mausoleum. The family will receive friends on Tuesday, August 21, 2018 from 5:00 p.m.-7:00 p.m. at Temples Halloran Funeral Home, 5400 Bush River Road, Columbia, SC 29212. Larry was born in Rockaway, NY on June 23, 1941 and passed away on August 18, 2018. He was the son of the late Lorenz Echerer and Aurora Chalenski Echerer. Larry was the founder of Echerer Painting, Inc. in 1959. He was an active member of the Knights of Columbus, Council #6892. Larry was President of the St. Andrew’s Optimist Club, President of the American Sub-Contractors Assoc. of Carolinas Midlands Chapter. He was also on the National board of directors for the Painting, Decorating, Contractors of America, aka, P.D.C.A. The P.D.C.A. also established a scholarship in Larry’s name for any prospective student. He was a member of the building committee at Our Lady of the Hills Catholic Church. Larry was a big brother, mentor and sponsor of several youth baseball teams. Larry was also the quarterback during his high school playing days at Swanka High School in NY. He served as a den leader for the boy scouts while living in Stoney Brook, NY. Larry first job was a paperboy, where he was selected best paperboy of the year. His boss offered him a full paid scholarship to become a Pharmacist, Larry declined the offer and instead opened his own painting contracting business. Larry never met a stranger, always helped the needy, put other’s needs before himself and had a Heart of Gold. He loved his Lord, family, church family, friends, and was respected by everyone who knew him. He was deeply loved by his wife, Brenda as well as his children, grandchildren, and will be deeply missed by all. Surviving are his loving wife of 35 years, Brenda Faye Baggett Echerer; sons, Scott Echerer (Teresa), Vincent Echerer, Larry Echerer (Kim) and Phillip Echerer (Laura); daughter-in-law, Wendy Echerer ; step-daughters, Mary Bothwell and Sheila Russ (Rick); sister, Clara Echerer; brother, Stephen Echerer (Diane); grandchildren, Nicole who was reared by Brenda and Larry, Stg. Vincent L. Echerer, USMC, Alexis, Saverio, Kaitlyn, Zachary, Chaz, Cruz, Autumn Rae and Josie; great-grandchild, Lana Leigh; Those who preceded him in death, besides his parents, was a son, Richard Echerer. In lieu of flowers, the Echerer Family requests all memorials be made to Our Lady of the Hills Catholic Church.

The family of Lorenz "Larry" Bruno Echerer created this Life Tributes page to make it easy to share your memories.