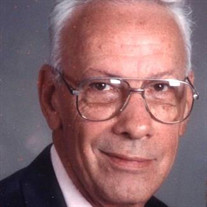 COLUMBIA – Lynn Clark Zarpentine of Columbia, South Carolina, entered into glory to be with his Savior on January 31, 2020. Lynn was born in Brooklyn, New York, on March 15, 1937, to Leonard Charles and Mildred Stanton Zarpentine. Lynn was reared in the Packanack Lake Community of Wayne, New Jersey, where he was Captain of the Ice Patrol, a member of the Sailing Club, and attained the rank of Eagle Scout. Upon graduation from Wayne High School, Lynn served in the United States Army. After completing his tour of duty in Iceland, he attended the RCA Institute and graduated from Paterson Commercial College. After working for American Cyanamid and Western Union, Lynn and family relocated to South Carolina where Lynn was employed by the University of South Carolina until his retirement in 1999. After retiring, Lynn’s passion became traveling with Carolina Tours visiting all 50 states and many foreign countries. Lynn is survived by his wife of 58 years, Linda Dykstra Zarpentine; daughter, Stacy Elizabeth Zarpentine of Roswell, Georgia; son, James Clark Zarpentine (Tracie) and two grandsons, Zachary and Christopher Zarpentine, who were the apples of their grandfather’s eye. Lynn was predeceased by his parents and his brother, Lee Stanton Zarpentine. Visitation will be held on Wednesday, February 5, 2020, at 12:15 p.m. followed by a 1:00 p.m. service in the Chapel of Temples-Halloran Funeral Home, 5400 Bush River Road, Columbia, SC 29212. Private entombment will be held at Bush River Memorial Gardens. In lieu of flowers, memorials may be made to Prisma Health Foundation – Hospice.

COLUMBIA &#8211; Lynn Clark Zarpentine of Columbia, South Carolina, entered into glory to be with his Savior on January 31, 2020. Lynn was born in Brooklyn, New York, on March 15, 1937, to Leonard Charles and Mildred Stanton Zarpentine. Lynn... View Obituary & Service Information

The family of Mr. Lynn C. Zarpentine created this Life Tributes page to make it easy to share your memories.