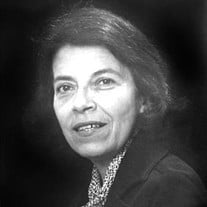 It is with great joy and gratitude that we celebrate the life of Mary Gerard Leffelman Ballou, who departed us on Friday, December 13, 2019, surrounded by family. Mrs. Ballou (always known as Gery) was born in Wooster, Ohio on December 20, 1927. Gery grew up in Stateburg, South Carolina with her twin sister Mary Louise (who passed away in 2001) and younger sister, Francine, (who recently died in 2018) in the historic Ellison House, an 18th century farmhouse previously the home of Civil War diarist Mary Boykin Chestnut. Her parents Louis J. (Jack) and Pauline (Po) Leffelman were Army veterans who met during the Great War, and made South Carolina their home before the Depression. Gery inherited Daddy Jack’s love of nature and place and Po’s skill in the kitchen and the garden; she enjoyed each of these gifts throughout her life. Like her mother and her sisters, Gery was a skilled nurse. She graduated from Edmunds High School in Sumter and obtained her nursing degree from Incarnate Word College and Duke University. She later enlisted in the United States Army, where she met and fell in love with her future husband, Bill, a dashing young lieutenant from a long line of military officers. Gery and Bill married on April 15,1950, at Ft. Lewis, Washington, and she thus began a life as a devoted Army wife and mother, raising nine sons while being transferred regularly between and throughout Western Europe and the United States. Gery returned to South Carolina when she and Bill settled the family in Columbia in 1972. Like Bill, Gery nurtured a servant’s heart, and when not maintaining the house, tending to her chickens and garden or cooking for a crowd, she and Bill helped establish the Harvest Hope Food Bank, where she volunteered for many years. She was recognized as a WIS Community Builder in 2014 for her work there and received the Food Bank Humanitarian Award in 2018. She devoted countless hours as a Master Gardener volunteer at the Botanical Gardens at Riverbanks Zoo and regularly spent many days in quiet participation with the St. Joseph’s bereavement committee. A voracious reader, she loved classic British and American literature, enjoying everything from Jane Austen to Agatha Christie to F. Scott Fitzgerald. She delighted in making famous sweet rolls, beloved by all lucky enough to taste them. Gery also loved her weekly appointments with the Metropolitan Opera, enjoyed a strong cup of coffee, thrilled to the hunt of an antique auction, and treasured time spent with her many grandchildren and great-grandchildren. A woman of principle reinforced by an undying Catholic faith, Gery embodied each of the Corporal Works of Mercy and lived out Jesus’ guidance in the Beatitudes. She regularly attended St. Joseph’s Catholic Church for many years and was a paragon of selfless Christian humility. After almost 92 years and full life as wife, mother, grandmother and community volunteer, she passed away peacefully in the loving arms of her sons, content in her life’s accomplishments and certain of her salvation as a child of God. Gery is survived by her sons Dr. William Ripley Ballou, Jr. of Potomac MD; John D. Ballou (Tam) of Falls Church, VA; Dr. Stephen G. Ballou (Louise) of Ottawa, Ontario; C. Theodore Ballou of Columbia, SC; Thomas G. Ballou (Heather) of Columbia, SC; Peter A. Ballou (Tina) of Charleston, SC; Daniel J. Ballou (Joanne) of Rock Hill, SC; and James L. Ballou (Kim) of Charleston, SC; 23 grandchildren, 3 great-grandchildren, and her close friend and neighbor Christina Knauss. She was predeceased by her loving husband Bill, by her sons Paul C. Ballou (Merge) and Peter Thomas Ballou, and two grandsons, Jack and Erik. A celebration mass will be held at St. Joseph’s Catholic Church at 11 am on Saturday, Dec. 21. In lieu of flowers, memorials may be made to Harvest Hope Food Bank, St. Joseph Catholic Church or the charity of your choice. Arrangements by Temples-Halloran Funeral Home, 5400 Bush River Rd, Columbia, SC 29212 (803) 772-1231.

It is with great joy and gratitude that we celebrate the life of Mary Gerard Leffelman Ballou, who departed us on Friday, December 13, 2019, surrounded by family. Mrs. Ballou (always known as Gery) was born in Wooster, Ohio on December 20,... View Obituary & Service Information

The family of Mary L. "Gery" Ballou created this Life Tributes page to make it easy to share your memories.

It is with great joy and gratitude that we celebrate the life...