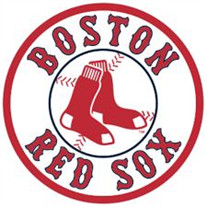 LEXINGTON—Michael John Callanan, 72, died unexpectedly on Tuesday, October 16, 2018. He was born in Brockton, MA on September 2, 1946, and was the son of William and Louise Callanan. Michael Callanan spent the majority of his life in Massachusetts. He was a devoted father, brother, grandfather and friend. Michael retired in 2010 and moved to South Carolina in 2013. Michael was a loving and caring grandfather of eight grandchildren, and a devoted husband to the late Doreen Callanan. He also served his country during the Vietnam War. Michael was the owner of Doreen’s Donuts in Sandwich, MA, which he named after his wife. He retired in 2010 following a decades-long career as a baker. His 1964 Falcon Sprint was his prized possession, and he loved driving that car as much as watching his beloved Red Sox. Michael Callanan is survived by his sisters, Noreen Kucinski of Rochester, MA and Mary Ann Charter of East Bridgewater, MA; his children, Tina Hall of East Wareham, MA, Billy Callanan of Weymouth, MA, Paula Santos of Wareham, MA, Mary Andrews of Columbia, SC and Christopher Callanan of Lexington, SC; and his eight grandchildren, Hellen and Emily Callanan, Paul Jr. and Holly Santos, Mikayla and Victoria Andrews, and Dylan and Bridget Callanan. Michael Callanan will be remembered at a memorial service at 1:30 p.m., Sunday, October 28, 2018 at Temples-Halloran Funeral Chapel, 5400 Bush River Road, Columbia, SC 29212. In lieu of flowers, donations can be made to Make-a-Wish ® America (www.wish.org).

LEXINGTON&#8212;Michael John Callanan, 72, died unexpectedly on Tuesday, October 16, 2018. He was born in Brockton, MA on September 2, 1946, and was the son of William and Louise Callanan. Michael Callanan spent the majority of his life... View Obituary & Service Information

The family of Michael J. Callanan created this Life Tributes page to make it easy to share your memories.