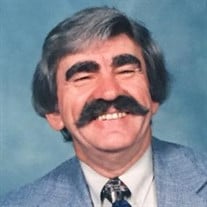 II Corinthians 5:8 CHAPIN—Nicholas “Nick” Drociuk was born on October 10, 1937, in the town of Perehinkso in what is now western Ukraine. On February 12, 1942, the family packed up their belongings and headed west into Germany, to escape communist Russia during World War II. After spending five years in a dozen different refugee camps in Germany, Nick’s family was sponsored to come to the United States by the Kalispell Montana, Assembly of God Church in 1951. By the time he was 15, the family moved to New Jersey, where they became U.S. citizens. On May 12, 1962, Nick Drociuk and Anna Macukiewicz were married and recently celebrated their 56th wedding anniversary. Nick retired after more than 36 years from General Motors in Linden, New Jersey, where he worked as a Quality Control Production Supervisor/Inspector. Nick and Ann moved to South Carolina in 1993, to be closer to their son and family. Upon settling in Chapin, SC, Nick continued working for an additional 23 years with a local manufacturing company. The community of Indian Fork in Chapin was a love of Nick and his impact has been felt by many in the neighborhood. Both new and old residents have loved seeing “Mr. Nick” on their walks, helping to repair their houses, and enhancing the lake-front common area. Nick loved working with wood and his cutting boards, serving platters and trivets, made from both common and exotic kinds of wood, are gracing the homes of many both near and far. Nick was predeceased by his parents, and his sisters, Magda Ferbej and Stephanie Schild. Nick’s surviving family includes his wife, Anna, their son, Daniel, and daughter-in-law, Flossie; Helen Mackiewicz, Valentina (nee Macukiewicz), Dennis Grady, Carmen and Clay Monts, their children, Ellie and Dylan, and Alex and Savannah Rose. A Celebration of Life service for Nick Drociuk, 80, of Chapin will be held at 12 noon, Saturday, June 9, 2018, at the Chapel of Temples Halloran Funeral Home, 5400 Bush River Road, Columbia, SC 29212 with burial to follow in Bush River Memorial Gardens. The family will greet friends from 10 a.m. - 12 noon prior to the service at the funeral home. IN LIEU OF FLOWERS Nick and Ann are asking that donations be made to support missionary work in Ukraine via: Russian/Ukrainian Evangelical Baptist Church 1391 Liberty Avenue, Union, NJ 07083 or Kennerly Road Baptist Church 1526 Kennerly Road, Irmo, SC 29063

The family of Nick Drociuk created this Life Tributes page to make it easy to share your memories.