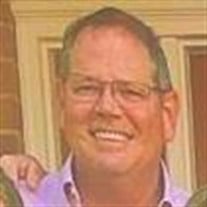 Randall T. Bundrick, 54, died Thursday, June 17th, at his home in Chapin, South Carolina. He is preceded in death by his father, Everett Bundrick, and brother, Kevin Bundrick. He is survived by his wife, Tamara Bundrick; 3 daughters, Mallory Bundrick, Kayla Alomar, and Amanda Bundrick; mother, Kay Bundrick; brother, Melton Bundrick; sons-in-law, Alberto Alomar, and Kris Watson; grandchildren; Tailor, Spencer, Alex, and Randall; nieces and nephews, Lee, Erin, Ava, Joey, Kaitlyn, Jayme, Jase, Rae, and Kellyn; father-in-law, Jerry Coulter, and mothers-in-law, Jeanette Coulter, and Merry Lou Schlarb. Randall, who also went by “Randy,” was born on April 14th, 1967, in Columbia, South Carolina. He graduated from Columbia High School. Randy was the owner/president of Electric Services Inc. He started the business with his father back in 1995. Randy was always laughing and having fun with his friends and family. His smile would always brighten up the room when he walked in. Randy was a hard worker and full of life. Some of Randy’s favorite things to do were going on the lake, hanging by the pool, and traveling with his wife and family. He had a weekly gathering with his buddies at Big Thursdays Club. A couple of Randy’s hobbies were golfing and boating on Lake Murray. Randy was the life of the party. He was always singing, dancing, and cracking jokes. His favorite football teams were the Dallas Cowboys and Carolina Gamecocks. Randy had the biggest heart and always made sure to let his family and friends know how much he cared for them. Family and friends will unbelievably miss Randy. His spirit will live on in all the hearts he touched through his life. Randy’s celebration of life will be held at 3:00 PM on Saturday 26, 2021, at his home in Chapin. Temples-Halloran Funeral is assisting the family.

Randall T. Bundrick, 54, died Thursday, June 17th, at his home in Chapin, South Carolina. He is preceded in death by his father, Everett Bundrick, and brother, Kevin Bundrick. He is survived by his wife, Tamara Bundrick; 3 daughters, Mallory... View Obituary & Service Information

The family of Randy T. Bundrick created this Life Tributes page to make it easy to share your memories.