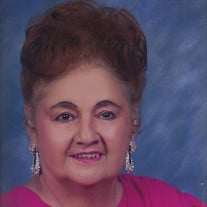 COLUMBIA—Rebecca “Becky” Gregory Boyd-Rose, 82, of Columbia, passed away on May 5, 2019, at Lexington Medical Center. Becky was born on August 20, 1936, in Union, S.C. She was the fourth daughter of the late Samuel and Gertrude Roach Gregory. Becky was raised at Epworth Children’s Home following the tragic death of her father at age 32. Becky attended Dreher High School in Columbia and later returned to Union where she graduated from Union High School in 1954. She was accepted into the 1954 class of nursing at Spartanburg General Hospital and graduated in 1957. An academic scholar, Becky scored a 91.4 on the state nursing board and then went on to practice nursing for over 45 years. She thoroughly enjoyed working as an operating room nurse and continued her mission in nursing as she worked with her close-knit, congenial group of friends at Manor Care in Columbia for 22 years. While at Manor Care, Becky served the patients and their families entrusted to her on a daily basis with God’s guidance. Becky met Howard R. Boyd as a student nurse at S.C. State Hospital. Howard and Becky were married on September 14, 1957, and were married for 39 years until his death in November 1996. Becky and her second husband, James Grayson Rose, were married at the chapel at the beach at high noon on May 29, 2000. They lived in Lexington, SC during their years together. Becky’s philosophy of life was that you don’t build happiness on the broken hearts of others and that you will reap what you sow. She would always say “Give me the flowers while I live, not on my casket.” Becky was of the Baptist faith and was a former member of Bayview Baptist Church in Columbia, SC for 25 years. At the time of her death, she was a member of North Trenholm Baptist Church in Columbia. Becky loved classic country music and had a very strong faith in God, so we know he is taking care of her. Survivors to cherish her memory include her daughter, Karen E. Boyd Rickenbaker (Wilson); her son, Howard Robert Boyd, II; Dorothy Crespi Marr (Charlie); Loris Rushing; grandchildren, Shelby Marr, Scott Marr, and Jessica Rushing; a great-grandchild, Kiley Marr; and sister, Deanie Rector. Becky was predeceased in death by her first husband, Howard R. Boyd; her second husband, James Grayson Rose; and two sisters, Anita Howard, and Nancy Gregory. The family would like to thank Mr. Jeffrey K. Temples of Temples Halloran Funeral Home & Cremation Services as well as the prayers and acts of kindness brought forth by family and friends during Becky’s passing. To celebrate the life of Rebecca “Becky” Gregory Boyd-Rose a visitation will be held on Wednesday, May 8, 2019, from 11:00 a.m.- 1:00 p.m. at Temples Halloran Funeral Home, 5400 Bush River Road Columbia, S.C. 29212. Following the visitation, a graveside service will be held at 3:00 p.m. at Woodridge Memorial Park Gazebo, 138 Corley Mill Rd. Lexington, S.C. 29072. In lieu of flowers, memorials may be made to Epworth Children’s Home, 2900 Millwood Avenue, Columbia, S.C. 29205.

The family of Rebecca "Becky" Gregory Boyd-Rose created this Life Tributes page to make it easy to share your memories.