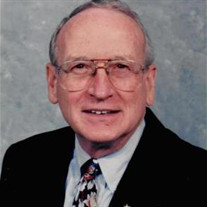 Robert D. “Bob” Spencer, was born in Greenville, SC on October 21, 1932, he was the son of the late Charles Jones and Mary Elizabeth Payne Spencer. His first employment was at age 5 and was self-supporting since the 7th grade. Bob graduated from Central High School, Charlotte NC in 1951. He then worked at Armour & Co. from 1951-53. Bob was drafted and proudly served in the US Army during the Korean Conflict from 1953-55. Upon his return from the military, Bob continued his education and graduated from the University of North Carolina, Chapel Hill, NC in 1960 with a B.S. degree in business administration. He worked during his college years as a direct salesman for a major cookware company. Bob became self-employed and began Spencer Enterprises after college graduation. Once again, in direct sales representing a major cookware company. From January 1967, until the present, Bob was self-employed as a salesman in costume jewelry (or fashion jewelry arena). And from 1967 to 1988, in business with other partners. Bob served on Governor’s Council for Developmental Disabilities from 1975-1986. He was first appointed by Governor James Edwards and then reappointed by Governor Richard Riley. He was Chairman of the Council for 8 years. Bob served on the National Developmental Disabilities Council, 6 years. Then later served as a volunteer consumer, which means that he is the parent of a handicapped child, not a state or federal agency representative or a developmental disability professional. Bob was instrumental in establishing the South Carolina Protection and Advocacy System for the Handicapped. They now present an annual award to the outstanding advocate for the handicapped, which is called the Robert D. Spencer award. Former Governor Dick Riley presented him with the Order of the Palmetto on December 12, 1986. In January 1988, Bob began his own jewelry wholesale business “Artistic Jewelry & Accessories, Inc., a fashion jewelry business. He retired in September 2018. He is survived by his wife of 48 years, Cecil Ann Collie Spencer; sons, Walter H. Spencer (Debra), Robert D. Spencer, Jr. (Beth) and Michael K. Spencer; daughter, Meri-Jefre P. Spencer Nash; five grandchildren and two great-grandsons. Bob was preceded in death by his son, Charles Collie "Charley" Spencer. A Celebration of Life Service for Bob will be held at 3:00 p.m., Saturday, April 6, 2019, at St. Mary's Episcopal Church, 170 St. Andrews Road, Columbia, SC 29210 with inurnment to follow in the church cemetery with military honors. The family will greet friends following the service at the church. In lieu of flowers, donations may be made to either: Protection & Advocacy for People with Disabilities, Inc. 3710 Landmark Drive, Suite 208, Columbia, SC 29204 or Compassionate Hospice, 455 St. Andrews Road, Building D, Suite 1, Columbia, SC 29210.

Robert D. &#8220;Bob&#8221; Spencer, was born in Greenville, SC on October 21, 1932, he was the son of the late Charles Jones and Mary Elizabeth Payne Spencer. His first employment was at age 5 and was self-supporting since the 7th grade.... View Obituary & Service Information

The family of Robert "Bob" D. Spencer created this Life Tributes page to make it easy to share your memories.