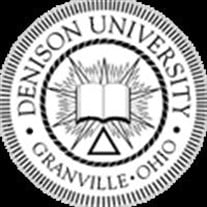 CHAPIN—Funeral services for Sherman Nathen Hinson, Sr., 74, of Chapin will be held at 11:00 a.m. Thursday, August 10, 2017 at St. Andrew’s Lutheran Church, 1416 Broad River Road, Columbia, SC 29210 with Reverend John Trump officiating. Burial will follow in St. Andrew’s Lutheran Church Cemetery. The family will greet friends from 10:00 a.m. to 11:00 a.m. prior to the service at the church. Mr. Hinson, beloved husband of Jill Snyder Hinson, passed away on Monday, August 7, 2017. Born in Brooklyn, NY, he was the son of the late Sherman Nathen Hinson and Christine Cornet Hinson. He was a graduate of Denison University, Granville, OH and worked for the US Department of State for over 40 years as a diplomat. Surviving in addition to his wife, Jill of 29 years; son, Nathen Hinson and his wife Meltem Ballan of Dallas, TX; sister, Mary Watters; grandson, William Henry Hinson and his four legged children, Lacy Mae and Max. In lieu of flowers, memorials may be made to St. Andrew’s Lutheran Church, 1416 Board River Road, Columbia, SC 29210.

The family of Sherman N. Hinson, Sr. created this Life Tributes page to make it easy to share your memories.