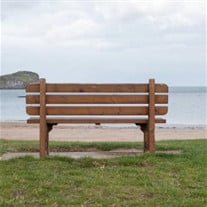 Wasyl “Bill” Kryzaniwskyj of Elgin, South Carolina, died peacefully Friday September 28, 2018 in the hospital with his family by his side. Born Wasyl Kryzaniwskyj in a German displaced - camp on September 30, 1945. For a couple of years he and his parents lived there before immigrating to Venezuela. For many years he lived in Venezuela with his parents, brother and sisters before getting sponsorship and immigrating to Hamtramck, USA in 1959. As a teenager learning and dealing with a new country and language was not easy but he made it thru. He graduated high school and went to the University of Kansas. In 1967, he met the women of his dreams Mary. They got married October 19, 1968 and they had two daughters, Cindy and Julie. He worked many years for an insurance company. In 2008, he moved down to South Carolina and worked before he retired. He enjoyed traveling, sitting on the beach, shopping with his wife and daughters and working on computers. He is survived by his daughters, Julie Kryzaniwskyj, Cindy Collins and husband David Collins. His brother, Peter Kryzaniwskyj and wife Lorrain; sister, Thania Sadler and husband Richard, sister, Anastasia Hershauer and husband Steve and sister, Nadia Aubry. He was predeceased by his wife Mary, sister, Anna and parents, Antonina and Ewhen. A memorial service will be held in Michigan and then releasing of the ashes will be down in Daytona Beach, Florida.

Wasyl &#8220;Bill&#8221; Kryzaniwskyj of Elgin, South Carolina, died peacefully Friday September 28, 2018 in the hospital with his family by his side. Born Wasyl Kryzaniwskyj in a German displaced - camp on September 30, 1945. For a couple... View Obituary & Service Information

The family of Wasyl "Bill" Kryzaniwskyj created this Life Tributes page to make it easy to share your memories.