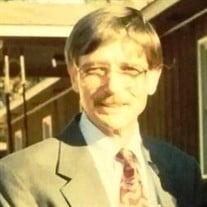 William C. “Bill” McCarter, 76, of Columbia died, Sunday, July 2, 2017. Funeral services for Bill will be held at 11:00 a.m. Monday, July 10, 2017 at Temples Halloran Funeral Home Chapel, 5400 Bush River Road, Columbia, SC 29212. Burial will follow in Woodridge Memorial Park, 138 Corley Mill Road, Lexington SC 29072. The family will receive friends from 10-11 a.m. prior to the service at the funeral home. Bill was born in Roanoke, AL, he was the son of the late William Cary McCarter and Myrtis Harper McCarter. Bill was a graduate of Opelika High School, class of 1959 and attended Auburn University. He played on the Basketball team, in ROTC and was voted “Most Popular of the Class”. Bill was an avid sports fan, he mostly enjoyed basketball and football. He also enjoyed all types of music from Rock to R&B and NASCAR. He especially loved time with his family at the beach. Surviving are his daughters, Lesley M. Kellett (David) of Columbia and Chalice McGee (Will) of North Augusta; grandchildren, Bonnie Kellett and Chloe, William, and Alison McGee; nieces, Donna Muszynski of West Columbia and Ann Shulmister of San Jose, CA. Bill was preceded in death by his son, Craig McCarter; brother, Ed McCarter and nephew, Stephen Muszynski. In lieu of flowers, memorials may be made to Pets, Inc.,PO Box 6394, West Columbia, SC 29171 or a charity of one’s choice. The family would like to tank Agape Hospice Millennium Nursing Home and Nicole Jennings for their loving care of Bill.

The family of William "Bill" C. McCarter created this Life Tributes page to make it easy to share your memories.