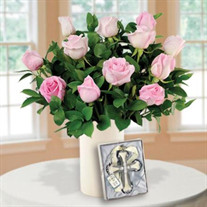 Ellen Clark Moore, 80, of Columbia, SC, passed away on February 22, 2022. She was born on September 22, 1941, to the late Harry and Virginia Templeton Clark in York, South Carolina. A Celebration of Life Service will be held at 1 p.m. Thursday, February 24, 2022, at the Temples Halloran Funeral Home Chapel. The family will greet friends from 12 p.m. to 1 p.m. prior to the service at the funeral home. Ellen attended Limestone College and graduated with a BS in Early Childhood Education. She started her teaching career at John P. Thomas Elementary School and ended her career at Pineview Elementary School. Ellen had a passion for teaching and often had parents request their children to be in her class, which was such an honor for her. In 1996, Ellen was selected by one or more students of merit as a teacher “who made a difference” and was acknowledged for excellence as a distinguished educator in Who’s Who Among America’s Teachers. In 1978, Ellen met and married Bill, who she always said was the love of her life. Ellen and Bill loved traveling the United States and abroad and were very fortunate to have visited many wonderful destinations. They were together in San Francisco in 1989 when the Loma Prieta Earthquake occurred and they had just crossed the Oakland Bay Bridge prior to it partially collapsing. They often joked if they could survive this, they could survive anything! After retirement, Ellen and Bill continued to travel together and spend time with family and grandchildren whenever they could. Ellen also enjoyed her book club, volunteering as a docent for the Columbia Historic Society, and was an avid reader. Ellen was also a member of Seven Oaks Presbyterian Church and attended regularly until her health started declining. Ellen is predeceased by her mother and father, Harry & Virginia Templeton Clark, and her brother, Harry Davis Clark. She is survived by her loving and devoted husband Bill; children, Matt (Hwasuk), Will (Eiko), Hope (Jamie) Manders, Craig, and Shannon whom she all loved so much. Ellen is also survived by her sister, Bonnie Jean Clark, and many loving grandchildren and great-grandchildren.

Ellen Clark Moore, 80, of Columbia, SC, passed away on February 22, 2022. She was born on September 22, 1941, to the late Harry and Virginia Templeton Clark in York, South Carolina. A Celebration of Life Service will be held at 1 p.m. Thursday,... View Obituary & Service Information

The family of Ellen Clark Moore created this Life Tributes page to make it easy to share your memories.

Ellen Clark Moore, 80, of Columbia, SC, passed away on February...