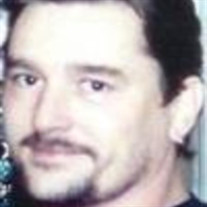 Albert Timothy “Tim” Cox, 60, passed away unexpectedly at his home in Chapin, South Carolina on Thursday, April 1, 2021. Born on July 18, 1960, in St. Matthews, South Carolina, he was the son of the Reverend and Mrs. Albert L. Cox of Chapin, South Carolina. Tim graduated from Chapin High School in 1978 and attended the University of South Carolina. He served in the U.S. Navy as an E-4 and was trained as an electronics technician. After leaving the Navy, he continued to use his training and worked for several companies over the years, include Union Switch & Signal in Batesburg, S.C., Southern Log Homes in Irmo, S.C., and GM Manufacturing in Tennessee. He was a life-long member of Chapin United Methodist Church where he served as a Sunday School Teacher and Disciples Bible Study teacher. First and foremost, Tim was a child of God and a believer in the life, death, and resurrection of his Lord and Savior Jesus Christ, and is now living with Him in eternity. There was nothing more important to him in this life than his family, especially his children and grandchildren. He loved to read and grow herbs to facilitate his love of cooking, especially the Asian culture. He was an incredible intellect and could discuss almost any subject with those who were willing to listen. And would probably still talk, even if you weren’t listening! He was passionate about his beliefs and never shied away from being exactly who he was. He was not quiet and could fill up a room with his presence and he will be missed tremendously. In addition to his parents, he is survived by his children, Justin Timothy Cox (Samantha) and Brandon Michael Cox; grandchildren, Caleb Cox and Colby Cox; brother, Talmadge Anderson “Andy” (De Anna) Cox; sister, Jana Cox Shealy (Craig); nephews, Talmadge “Tal” Anderson Cox, Jr. and Shelton Douglas Shealy, and one niece, Nina Eadon Shealy. A celebration of life service conducted by the Rev. Jody Flowers, with Paul Allen assisting, will be held on Friday, April 9th at Chapin United Methodist Church, 415 Lexington Avenue, Chapin, SC 29036 at 2:00 p.m., with a graveside inurnment following the service. The family will greet friends following the inurnment at the cemetery. Temples-Halloran Funeral & Cremation Services in charge. In lieu of flowers, memorials may be made to Chapin United Methodist Church to the home missions’ program, 415 Lexington Avenue, Chapin, SC 29036.

The family of Albert Timothy Cox created this Life Tributes page to make it easy to share your memories.

Albert Timothy “Tim” Cox, 60, passed away unexpectedly at his...