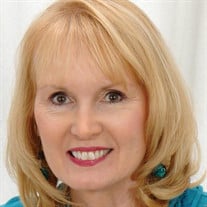 Betty Lewis, 69, of Irmo, SC passed away September 15, 2020, just six days shy of her 70th birthday. She courageously fought aggressive ovarian cancer like a warrior for more than nine years, spending every minute possible with her beloved grandchildren. Betty was born in Bridgeport, Connecticut on September 21, 1950, a daughter of Jack and Catherine Horchler. Betty earned her undergraduate degree and her Masters of Social Work from the University of South Carolina and worked in several capacities as a mental health counselor between 2002 and 2012. In 2012, as she was undergoing treatment for ovarian cancer that was diagnosed in 2011, Betty opened her social work practice. Even while undergoing her treatments, Betty specialized in grief counseling, assisting soldiers suffering from PTSD, and was a stalwart source of comfort and solace to her many grateful clients. She retired from Social Work in 2014 to further concentrate on her health. Betty was an avid supporter of women’s rights, equality for all, and was a champion for rescue animals, especially dogs. She became interested in quilting after retirement and created masterpieces for her children and grandchildren to treasure as family heirlooms. Betty was percipient, discerning about her likes and dislikes, and not afraid to demand the best, from herself and others. Betty also liked to repeatedly text “ETA” to her children while they were en route to her home with no safe way to respond, and sometimes inadvertently gave wrapped Christmas gifts in which she genuinely forgot to include the gifts. She loathed the flavor “Wint-O-Green;” and often attempted to order ethnic food in the native tongue of the restaurant whether she spoke the language or not. When her children and children-in-law lovingly teased her, Betty would pretend to be annoyed but would laugh just as hard as they did. Betty was a sharp observer and an open, honest communicator. She was incredibly smart and very funny, with a quick wit. Betty spent much of her recent time actively involved in spreading awareness of the signs and symptoms of ovarian cancer, as these signs can mimic regular monthly symptoms for women (i.e., abdominal swelling, pain, fatigue, or unexplained back pain). Please visit www.ocrahope.org for more information. Betty craved having her family gathered around her, and was especially proud of her children, Andrew and Melanie. She loved and treated her son-in-law Clint and daughter-in-law Miranda like family. However, her absolute joy and delight were her three granddaughters, Jordan, Chloe, and Sara Catherine. She doted on them, cared for them, and loved them without limits despite the rigors of her cancer treatments. When Betty’s son Andrew and son-in-law Clint deployed overseas with the US Army, Betty was truly a lifesaver to her daughter and daughter-in-law by providing many, many sleepovers at Mimi’s. She made sure to be conspicuously present throughout the landscapes of her granddaughters’ lives, for which their parents are eternally grateful, as recollections of Mimi are tightly woven through their childhood memories. One of Betty’s favorite quotes was, "Life is what happens when you're busy making other plans" (John Lennon). We figure Betty entered heaven and immediately said, “Why, yes - I WILL have a glass of wine, thank you,” and then settled in comfortably, pain-free at last. Betty was preceded in death by her parents. She is survived by her children, Andrew Ritner (Miranda) of Columbia, and Melanie Hundley (Clint) of Chapin; beloved granddaughters, Jordan Hundley, Chloe Hundley, and Sara Catherine Ritner; brother, Jimmy Horchler (Elaine); sister, Carole Lancaster (Dennis); nieces Sarah Thacker, Janna Claire Horchler; nephews Justin Lancaster, Jack Horchler; great-nephew Colton Thacker; her parrot, Cricket, and her fiercely loyal and beloved dog, Frankie, who barnacled himself to Betty’s side. Betty is also survived by countless friends and neighbors who went above and beyond to provide care and comfort in Betty’s last weeks. The family would like to thank Dr. James Williams and the staff of South Carolina Oncology Associates. Betty was a force of nature, is deeply loved, and will be incredibly missed. In lieu of flowers, please consider donating to the Ovarian Cancer Research Alliance (www.ocrahope.org). Due to current circumstances, a celebration of Betty’s life will be announced at a later date.

The family of Betty Lewis created this Life Tributes page to make it easy to share your memories.