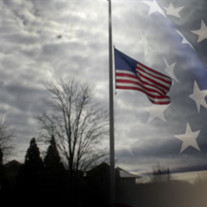 Columbia—The Funeral service for James J. Smith, 88, of Columbia, will be held at 11:00 a.m. Monday, January 25, 2021, at Riverland Hills Baptist Church, 201 Lake Murray Blvd., Irmo, SC 29063 with burial in Bush River Memorial Gardens, 5400 Bush River Road, Columbia, SC 29212. Jim was born on July 25, 1932, in Johnstown, PA, he was the son of the late William and Mary Repko Smith. Jim grew up in Johnstown and served in the US Army. He met his beloved wife, Sara there and would have celebrated 60 years of marriage prior to her death in 2018. They moved their family to Columbia in 1963. Jim worked at the US Postal Service for 41 years before retiring. Jim was a faithful member of Park Street Baptist Church for over 50 years where he served as a Sunday School teacher, deacon, and was involved with many church committees. He recently became a member of Riverland Hills Baptist Church. Jim was an avid bowler and enjoyed bowling every Tuesday morning. He loved his daily breakfasts at Lizard’s Thicket and his once-a-month breakfast with “the guys”. Jim loved his family and was happiest when he was with his children, grandchildren, and great-grands. He is survived by his children, Kathy Sikes (Randy) of Irmo, Jeffrey Smith (Lynn) of Columbia, Lisa Poole (Greg) of Kalaheo, HI, James Smith of Columbia, and Rebecca Dillard (Mike) of Irmo; 8 grandchildren, and 5 great-grandchildren. He was preceded in death by his parents, a brother and a sister as well as his beloved wife, Sara R. Smith. Jim will be greatly missed by his family and friends but we rejoice that he is enjoying sweet fellowship with his Savior and his Sara. Memorials may be made to Riverland Hills Baptist Church, Beyond Us Building Campaign, 201 Lake Murray Blvd., Irmo, SC 29063.

The family of James J. Smith created this Life Tributes page to make it easy to share your memories.