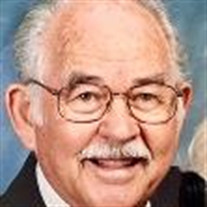 COLUMBIA—John Arthur Dreher, 94, of Columbia, died on Sunday, May 19, after a brief illness. A memorial service will be held at Ebenezer Lutheran Church at 2 p.m., Wednesday, May 22, 2019. John was born to Bertha and Sydney Dreher in Irmo, SC, the youngest of seven children. He knew at the age of six he wanted to be an electrical engineer after he wired his dad's chicken house. He realized his dream, served in the Navy during WWII working on plane electronics, and then graduated from USC in electrical engineering, and worked for SCE&G until his retirement. He amassed countless accomplishments, earned numerous accolades and honors for both his work and community service. But he wouldn't want them enumerated and disdained what he referred to as the ego wall. He brought big grins to people's faces at the mention of his name, earned respect and admiration for his intelligence and commitment to always doing the right thing, taught his children to follow the rules and live up to expectations - even though they didn't always clearly get the message. He loved people fiercely, and they loved him right back. He also had a keen fondness for red cars, pretty girls, and Mom's mac'n cheese. John was predeceased by his dear wife of 68 years, Nell Ringstaff. He is survived by his children, Phil (Jeanette), Cindy, and Bob; grandchildren, Matt, Drew and Allie, loving dog Thurmond, and numerous extended family and friends who treasured his wit, wisdom, and kindness. Memorials may be made to Ebenezer Lutheran Church, 1301 Richland Street, Columbia, SC 29201 or St. Michael's Lutheran Church, 400 River Road, Columbia, SC, 29212.

COLUMBIA&#8212;John Arthur Dreher, 94, of Columbia, died on Sunday, May 19, after a brief illness. A memorial service will be held at Ebenezer Lutheran Church at 2 p.m., Wednesday, May 22, 2019. John was born to Bertha and Sydney Dreher in Irmo,... View Obituary & Service Information

The family of John Arthur Dreher created this Life Tributes page to make it easy to share your memories.