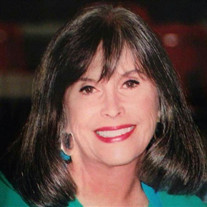 IRMO--Mary Anne Fowler Neal passed away Jan. 29, 2018, after battling Alzheimer's Disease for more than a decade. She was born Nov. 11, 1940, in Raleigh, NC, to Lt. Col. Jack Fowler and his wife, Louise. The daughter of an Air Force pilot, Mary Anne had lived in five states by the time she was 15. The ever-changing scenery imbued her with a love of travel. It also made her a social butterfly because engaging others cheerily and confidently was the best way to quickly make new friends. Through all of her travels, Mary Anne became particularly attached to a small island in the Pacific, Hawai’i. Although she came to love Irmo and the family she raised in South Carolina, part of her heart and soul will always belong to the Big Island. She graduated from the University of Hawai’i, where she earned a BA in Sociology. Mary Anne left Hawai’i in 1965 and joined her parents in Sumter, SC. She worked for the Department of Social Services as an adoption social worker, placing babies throughout the state. She remembered this rewarding work fondly throughout her life. She married Alvin J. Neal in 1967. Together they had three children, and Mary Anne left her job to raise them. She eventually returned to work at Nursery Road Elementary School and for Irmo Chapin Recreation in the afterschool and summer programs. She was a social worker at heart and felt this job allowed her to continue that work. She was smart, charming and witty. She drove nowhere without lipstick applied, but she could stop and change a flat tire along the way if needed. She was proud of her children, and told them so every day. Mary Anne is survived by her three children: Morgan Neal of Wilmington, NC; Jacob Neal (wife Kelley, children Jackson, Caroline and Lauren) of Knoxville, TN; Mary Jordan Neal Lempesis (husband Chris, children Benjamin and Cora) of Beaufort, SC; and her former spouse, Alvin J. Neal of Irmo, SC. A ceremony to celebrate the life and spirit of Mary Anne will be conducted at Temples-Halloran Funeral & Cremation Services, 5400 Bush River Road, Columbia, SC 29212, at 11 am, Thursday, Feb. 1, 2018. Visitation beginning at 10 am. Memorial donations may be made to the Alzheimer's Association, 140 Stoneridge Drive, #210, Columbia, SC 29210.

IRMO--Mary Anne Fowler Neal passed away Jan. 29, 2018, after battling Alzheimer's Disease for more than a decade. She was born Nov. 11, 1940, in Raleigh, NC, to Lt. Col. Jack Fowler and his wife, Louise. The daughter of an Air Force pilot, Mary... View Obituary & Service Information

The family of Mary Anne Neal created this Life Tributes page to make it easy to share your memories.