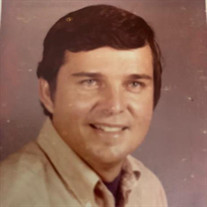 ROBERT CAVE ADAMS Robert Cave Adams, son of the late Herbert Cave and Gladys Lacy Adams, was born at the historic Telfair Hospital in Savannah, GA on June 30, 1935, and died peacefully at his home on June 23, 2021. His wife of 37 years, Rosemary Calhoun was there with him. Robert (Bob) or Bobby as he was known in his early life, grew up in Savannah playing sports with his cohorts, “Duck”, “Goose”, “Fox” and others. He graduated from Savannah High School in January 1953, the last January class from the school. He attended Armstrong Junior College and then graduated from the University of South Carolina in 1959 with a BS degree in Civil Engineering. Later he would obtain an MBA from the University of South Carolina and with his first wife Marian Peterson Adams had children, Theresa Lynn Adams, Robert Christopher Adams, and Michael Brian Adams. They lived in Savannah, Boca Raton and Dallas before settling in Columbia, SC. Robert began his professional career with the Army Corp of Engineers and later retired from The Department of Housing and Urban Development after 31 years. He was an avid hunter and was recognized as an authority on all makes and models of firearms. Robert and Rosemary became very involved in animal welfare and rescue. He was a long-term board member for the Animal Protection League and participated in weekly Adopt A Pets for over 30 years. He also managed a feral cat colony and collected dog/cat food to supply local shelters. Over the years together they fostered and adopted out thousands of rescued animals. An endeavor that was richly rewarding to them. In addition to his parents, he was preceded in death by his son, Robert Christopher Adams. Surviving him is his loving wife, Rosemary Calhoun and her daughter Nikki Cox (Michael), daughter Theresa Lynn Adams (Rick) of Arcadia FL, son Michael Brian Adams (Derinda), grandchildren, Casey Lane Adams Sharpe (Pat) and Michael Slade Adams of Joplin MO, brother Richard Wyman Adams of Savannah, GA, niece, Caroline Adams Warner (Ted), nephews, Wyman Reid Adams of Castle Rock, CO and Dr. Richard Devant Adams of North Charleston, SC. A memorial service will be held on Wednesday, June 30th at 2:00 PM at the Temples-Halloran Funeral & Cremation Services 5400 Bush River Road, Columbia, SC 29212. In lieu of flowers, memorials may be made to the animal welfare group of your choice.

ROBERT CAVE ADAMS Robert Cave Adams, son of the late Herbert Cave and Gladys Lacy Adams, was born at the historic Telfair Hospital in Savannah, GA on June 30, 1935, and died peacefully at his home on June 23, 2021.... View Obituary & Service Information

The family of Robert "Bob" C. Adams created this Life Tributes page to make it easy to share your memories.