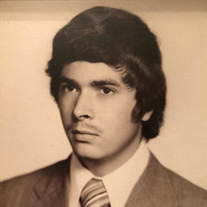 Bob Morgan left us very unexpectedly due to a hidden heart condition, and is now at his heavenly home with Jesus, his beloved parents, Patricia Hoover and Judge Robert Morgan, Sr., his brother John, and grandparents "Grandanna", Alice Morgan, "Mimi and Popsy", George and Hilda Hoover, and special in-laws, Winifred and David Felkel. Surviving are his wife of 34 years, Denise Felkel Morgan, daughters, Caroline and Olivia; sister, Suzanne Morgan Wilkins, (Robby); nephews, Gregory and Reese Wilkins; sister-in-law, Angie Morgan (widow of John Morgan); nephew, John Harrison; nieces, Meredith and Lauren Morgan; step-mother, Linda Morgan and step-sisters, Robin Marks and Michelle Morgan; sisters-in-law, Larue Sentelle (Bob), Felicia Morgan (Al); niece, Anna Stephens; nephews, Dr. David Sentelle, Robert Sentelle, and Bradley Morgan and 8 great-nieces and nephews, and his beloved dog "Bandit" who stayed by his side at his death and until he was taken away. Bob was an avid horseman and trained and showed Tennessee Walkers in his younger days. He was raised on a farm on the Cape Fear River near Lillington, NC, and drove a tractor in the tobacco fields there starting at the age of ten. He loved nature, driving his airboat on the river, target shooting, gun collecting, dogs, politics, and the Republican party. He was a kind and loving husband and parent, and an outstanding and patient Father to his special needs child. Bob can best be remembered for his contagious laugh and love of a debate about faith, politics, and world issues, especially with his cousin Tony Capillary. "Bobby" was a graduate of Lafayette High School in Harnett County, NC, and he earned his B.S. degree in Sociology at Campbell University in Buies Creek, NC. His career included Probation Parole officer in Cumberland County, NC, a realtor in NC and SC, and an independent insurance salesman for over 30 years-his dedicated work earned him some wonderful cruises and trips with his wife Denise. A Funeral service will be held on Saturday, June 5th, at 3:00 at the Mausoleum Chapel in Bush River Memorial Gardens, 5400 Bush River Road, Columbia, SC 29212, conducted by Reverend Brian Thomas. Burial will follow service in Bush River Memorial Gardens. The family will greet friends from 1:30-3:00 p.m. before the service in the Mausoleum Chapel in Bush River Memorial Gardens. Memorials can be made to the SC chapter for the Special Olympics, and NAMI, SC (National Alliance on Mental Illness)

Bob Morgan left us very unexpectedly due to a hidden heart condition, and is now at his heavenly home with Jesus, his beloved parents, Patricia Hoover and Judge Robert Morgan, Sr., his brother John, and grandparents "Grandanna", Alice Morgan,... View Obituary & Service Information

The family of Robert B. Morgan, Jr. created this Life Tributes page to make it easy to share your memories.

Bob Morgan left us very unexpectedly due to a hidden heart condition,...