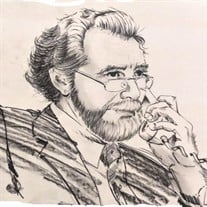 Roy Lamar Burgess passed away on Friday, November 30, 2018, after a brave battle against lung cancer. Roy was born at home in his family's farmhouse in the Grassy Pond community outside of Gaffney SC, on December 6th, 1941, the youngest of five children born to Robert Curtis and Nellie Wood Burgess. Roy moved with the family to Fourth Street in Gaffney after his father was diagnosed with cancer. The new neighborhood was the source of many stories of his youthful exploits, including mail-ordering eggs so he could raise and sell the chickens to the local boarding house, and buying old cars from the junkyard to repair them for cheap transportation. Roy's life was marked throughout by a strong and devoted work ethic. As a high school senior, he worked full-time on the overnight third shift at the local textile mill while still attending -- and ultimately graduating from -- Gaffney High. Until his senior year, he did not miss a single day of school. After graduation, Roy enlisted in the US Air Force, where he spent four years as an electronics technician and was stationed in places across the US, Europe, and Africa. Always drawn back to home, he and his friends would drive overnight from where they were stationed in Mississippi back to Gaffney in his 1956 Ford Fairlane Victoria in order to spend a weekend at home. That black Ford was, in his words, “the best car I ever owned." Upon completing his service in the Air Force, Roy attended the University of South Carolina where he majored in Electrical Engineering. While at USC, he met Kathy Padgett, the daughter of Kathleen and LeGrand Padgett of Batesburg SC, and they married on September 10, 1966. He and Kathy welcomed their son, Shannon on August 31, 1967, which was Kathy’s 20th birthday. Roy graduated USC in May 1968 and went to work for Western Electric / Bell Labs in Burlington NC. Shortly after moving to Burlington, he began work on his Master's degree in Electrical Engineering at NC State University. Again his dedication to work -- and, now, family -- was clear to see. He would drive an hour each way, three nights a week, in order to complete his degree. Amid all this activity, Roy and Kathy welcomed their second son, Scott, on October 21, 1969. In February 1975, the family moved to the tiny coastal town of Solva, Wales (UK), where Roy worked on a Cold War project in conjunction with the British Royal Navy. The experience of living in Wales was one that the entire family would cherish and reflect on for years to come. A short stint in Elon NC followed the move back from Wales. When Western Electric told Roy that he would need to relocate to New Jersey, the SC native instead decided to take a new job with NCR at their Engineering and Manufacturing facility in West Columbia SC. The family moved to Irmo in 1978 and has lived in the same home in Coldstream Country Club until the present day. Roy climbed the ranks of the corporate world at NCR first as an engineer and eventually a manager and then director of engineering and manufacturing. He spent a short time as director of manufacturing at the NCR Clemson division as well. After taking early retirement from NCR, Roy went to work for Intel Corporation, followed by a short stint at Kontron before fully retiring in 2011. Roy was a loving and caring father and husband. He managed to keep a fleet of old cars running for both his boys, passing on his skills with turning wrenches while sweating, swearing, and often drawing blood. He was adept at fixing most anything he came up against. He single-handedly kept the kids' ancient Atari 2600 video game joysticks working despite their constant abuse. He restored Scott’s Honda MR-50 dirt bike to near showroom condition, just because it was a challenge to get it running for his grandson Noah. Which brings us to grandchildren. Roy Burgess was blessed with three grandchildren: Aubrey, Evan, and Noah. He loved and doted over them, and connected with each of them in their own specific way. Whether it was letting Aubrey put curlers in his hair, talking computers with Evan, or taking Noah to car shows and cruise-ins, he was so happy spending time with all of them. Roy spent untold hours helping both his sons with their own pursuits. Shannon is, like Roy, a talented and successful computer engineer. More than that, they shared a love of working on cars, whether it was their daily transportation or their own classic cars. They would work on them together until they were too tired to turn another wrench. He could not have been more proud of Scott and his popular brewery, Bierkeller Columbia. He helped design and set up walk-in coolers and other brewing equipment and was so proud to attend the beer garden events and see the large crowds in attendance. As he approached retirement Roy got the chance to revisit “the best car he ever owned” when he purchased another 1956 Ford Victoria, which became known as “Miss Vicky." He spent untold hours with Miss Vicky, restoring, cleaning, polishing, and pampering the black-and-white two-tone car that he truly loved. In June of 2016, Roy was diagnosed with lung cancer and quickly started treatment. He underwent surgery at Duke Cancer Center, and in late 2016 he began chemotherapy treatments. Just as he did his entire life, he fought and worked hard to keep the cancer at bay while still caring for his family, spending time with his grandchildren, and supporting his sons. As his strength waned, they began helping him in his life battles just as he had always helped them in theirs. While ends never come easily, his was a peaceful one at home in Irmo surrounded by his family. He is loved and will be greatly missed. In lieu of flowers, the family asks that you make a donation to the American Cancer Society, 200 Center Point Circle, Ste 100, Columbia, SC 29210.

Roy Lamar Burgess passed away on Friday, November 30, 2018, after a brave battle against lung cancer. Roy was born at home in his family's farmhouse in the Grassy Pond community outside of Gaffney SC, on December 6th, 1941, the youngest of... View Obituary & Service Information

The family of Roy Lamar Burgess created this Life Tributes page to make it easy to share your memories.