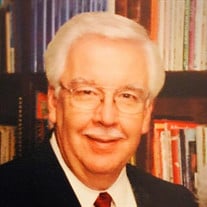 The Funeral service for Reverend Steven R. Brown, 74, of Columbia, will be held Saturday, January 20, 2018 at 1:30 p.m. at Christian Life Church, 2700 Bush River Road, Columbia, SC 29210 with Pastor Stephen Chitty, officiating. The family will receive friends from 12 – 1:15 p.m. prior to the service at the church. Born in Denver, CO on February 9, 1943 he was the son of the late Raymond Henry Brown and Elenora Bendio. In 2010, Steve Brown completed his 16th year as Superintendent of the South Carolina District of the Assemblies of God. Before becoming superintendent, he pastored three South Carolina churches: What is now Praise Assembly in Port Royal (1967-69), Bethel Assembly of God in Spartanburg (1969-1076), and Christian Life Church in Columbia (1976-1994). While pastoring and prior to becoming District Superintendent for South Carolina (1994-2010), he held offices of District Secretary/Treasurer and Assistant Superintendent respectfully. He also represented the South Carolina District on the General Council, General Presbyter Board for 30 years as well as Secretary of the Board of Regents at Southeastern University in Lakeland, FL for twelve years. Currently, he was serving as the Director of the District South Carolina School of Ministry. Steve received a Bachelors degree in Bible from Central Bible College, Springfield, MO in 1965 and a Masters degree in Church Leadership from the Assemblies of God Theological Seminary in 2005. Steve was involved doing personal coaching of pastors and ministers in the Southeastern States. He served on the board and is an advocate of this oldest son’s NGO ministry, Legacy of Hope International. It is the objective of this ministry to help eradicate child trafficking throughout Southeast Asia. At Christian Life Church, he was currently teaching an adult Sunday school class and has served as the director of one of it’s benevolent outreaches; building wheelchair ramps for those who cannot afford to have one built. Survivors is his loving wife of 53 years, Rebecca L. Brown; daughter, Jennifer R. Gonzalez (Rafael) of Columbia; sons, Steven Timothy Brown of Columbia and Christopher D. Brown of Ballentine; grandchildren, Jaidon Timothy Brown, Michah Steven Brown, Caitlin M. Brown, Madison F. Brown, Raygan G. Brown and Davani R. Gonzalez; great-grandson, Rylee C. Lawson, as well as a number of nieces and nephews, and beloved family dog, Bella. Those who preceded him in death besides his parents, sister, Doreen Tunnell.

The family of Reverend Steven R. Brown created this Life Tributes page to make it easy to share your memories.

The Funeral service for Reverend Steven R. Brown, 74, of Columbia,...