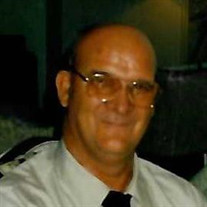 COLUMBIA – Funeral services for Edward Eugene “Eddie” Shealy, 67, of Columbia, will be held at the Temples Halloran Funeral Home Chapel, 5400 Bush River Road, Columbia, South Carolina 29212 on Thursday, February 20, 2020, at 2:00 p.m. Visitation will be held from 1:00 p.m.- 2:00 p.m. prior to the service. Burial will be held at 3:45 p.m. at Crescent Hill Memorial Gardens. Edward was born in Columbia, South Carolina on July 1, 1952, to Evelyn June Hughes Shealy, and the late Bill Carroll Shealy. He passed away Saturday, February 15, 2020. Edward enjoyed performing lawn care service. He took great pride in his work and always received wonderful comments on the quality of his work. Edward was a history buff, always eager to discuss almost any period in history that a person would desire to discuss. On the opposite side of that, Edward also loved his cartoons. Some of the most joyous days in his life were the times he spent with Jimmy Farr and the Jimmy Farr Big Band setting up and putting away the instruments from performances. Jimmy was a great mentor to Edward and the family very much appreciates the influence Jimmy Farr had on Edward’s life. Being a special needs person, there were few individuals willing to spend time mentoring Edward. Edward was a Christian and his personal relationship with God was the utmost importance to him and he loved to dress up for church services. Edward loved spending time with his sisters, along with his nieces and nephews. His nieces and nephew in North Carolina have special memories of Uncle Eddie picking them up from school and dropping by the ice cream shop for a treat before going home. His nephews in Columbia have special memories of Uncle Eddie taking them to Frankie’s Fun Park. Especially his sisters will cherish their brother’s memory during their childhood, both the good times and the sometimes-aggravating antics. Anytime Edward was aggravating and hard to deal with, the ending comment would be, he’s still our brother. Edward is survived by his mother, Evelyn June Hughes Shealy of Columbia, SC; sisters, Judy Carroll Shealy Kuceweksy of Troutman, NC, and Dianne Shealy Chapman Armistead of Columbia, SC. He is also survived by nieces, Amanda Hughes Kucewesky Huntsinger, Lindsay Dianne Chapman Parrish, and Jennifer Tara Kucewesky Stoner; and nephews, Daniel Billy Chapman, Justin Riley Kucewesky, Ashton Blake Chapman, and Cameron Blair Armistead. Edward was predeceased by his father and infant sister, Mary Anne Shealy. The family wishes to extend their appreciation to Carly Fieldhouse and Margie Williamson of The ARC of South Carolina for persons of special needs and disabilities for being the only individuals in the South Carolina system willing to offer Edward any actual help and assistance of any substance.

The family of Edward Eugene "Eddie" Shealy created this Life Tributes page to make it easy to share your memories.